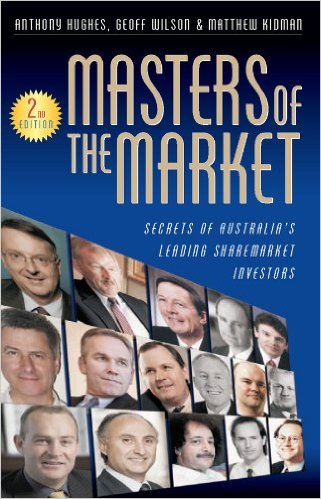 Master of the Market is a series of interviews with top performing Australian fund managers.

We first read this book not long after it was published in 2005. Having read the first edition a few years earlier, we were surprised that a number of the “masters” had underperformed in the 3 years between editions. The conclusion I drew from this was that even the best investors can have a bad year (or three), and that long term performance is a better indicator of investment ability than short term performance.

We were most impressed with the chapter on Phil Matthews, who had fantastic investment performance over a long period of time. His view that the oil price was headed much higher than its current price (about USD 55 per barrel) was the catalyst for me to find out a lot more about the oil market including peak oil theory. Due to the widespread belief that oil production would soon peak the oil price rose well above USD 100 (as suggested by Phil). It has since fallen back to USD 35 in 2016 due to large increases in supply from unconventional sources. There are two main lessons from this: